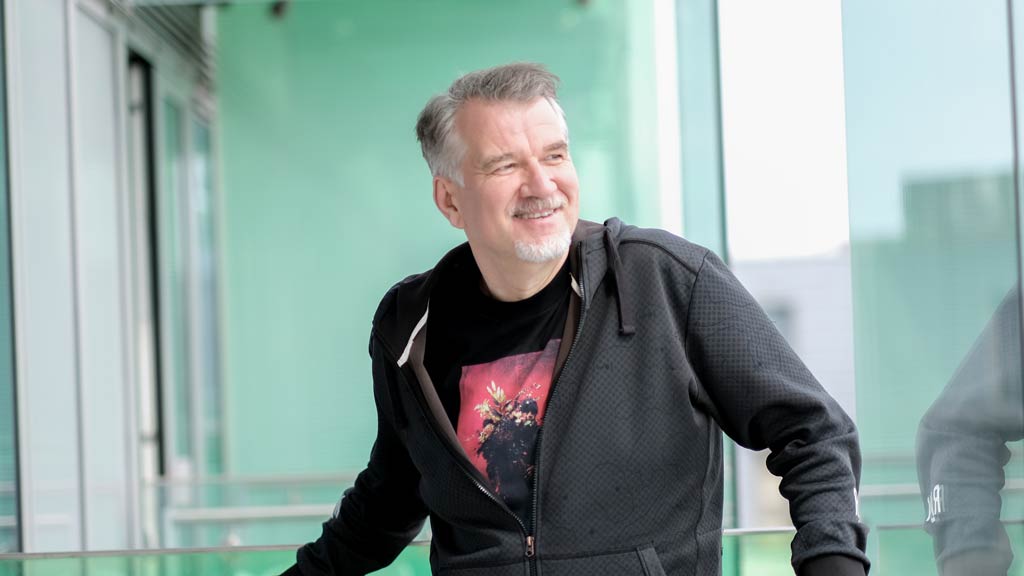 UK factual powerhouse Zinc Media Group has confirmed the launch of a new production label – Supercollider – led by award-winning Director Mike Christie. Christie is widely renowned for bold and striking films spanning work with major brands including Red Bull, Pepsi and broadcasters such as Sky, the BBC and Channel 4. Supercollider brings together the creative innovation of Christie with the factual production firepower of Zinc to create content that is adventurous, daring and intelligent. Supercollider builds on Christie’s unique work, making films and live/event television in music, sports and arts, and high-profile short form branded films.

Greg Sanderson, Director, London Television, Zinc Media Group, says: “Mike has been making amazing programmes for over 20 years. Now, with the support of Zinc Media, I think there’s a great opportunity to build and expand on the incredible work he’s been doing so successfully on his own.”

“Anyone who knows Mike knows that he’s truly unique. An instinctive blender of genres, he’s mixed factual and sport, action and art to create huge event pieces for television. He has also led very high-profile projects for some of the world’s most exciting brands. Supercollider, with Mike’s wealth of cross-genre expertise, brings a whole new angle to our family of labels. Supercollider will very much build on the tone and style of Mike’s recent films for his own company ChristieHQ.”

Christie comes to Supercollider from his ChristieHQ, whose projects include the forthcoming New Order concert film Education Entertainment Recreation; the Grierson-shortlisted Sky Arts feature Hansa Studios: By The Wall 1976-90; and Danny MacAskill’s Imaginate for Red Bull (which has achieved nearly 100 million views on YouTube).

Mike Christie’s work seamlessly moves between high-quality documentaries, high-budget short-form films for brands, event television and stadium and arena-size live or multi-camera events. Specialising in specialist factual and arts programming, he has also defined a genre of spectacular action sports filmmaking uniquely as his own. This portfolio includes: the RTS-nominated Jump London for Channel 4 which launched parkour/freerunning to a global audience and later spawned Jump Britain; feature-length Concrete Circus for Sky, a unique collaboration with the biggest names in urban sports, resulting in 90 minutes of white-knuckle TV; Inside Incredible Athletes, the acclaimed feature-length documentary that launched Channel 4’s London 2012 Paralympic campaign. Christie’s specialist factual work includes: the Grierson-shortlisted Sky Arts feature Hansa Studios: By The Wall 1976-90; The Secret Life Of Buildings and the award-winning Body Talk for Channel 4; New Order: Decades and Suede: The Insatiable Ones for Sky; and The Art Of China, Darcey’s Ballet Heroes, Sir Alex Ferguson: Secrets of Success, Lives Less Ordinary and Little Britain Down Under for the BBC.

Mike Christie comments: “There is an ever-increasing opportunity in today’s production landscape to create destination films and events – and fusing genres and creating unexpected convergences makes truly stand-out programming. We are also in a climate where brand involvement in content is fast on the rise. Zinc is doing more than many other companies in this space; I’m a huge fan of the breadth and ambition of Zinc’s work and what they have achieved in the last few years, so I’m thrilled to be working with them on the launch of Supercollider. We already have our first project confirmed – a major, branded action film – so we are beyond excited to have hit the ground running.”

Mark Browning, CEO, Zinc Media Group, adds: “Supercollider is an incredibly exciting proposition. As well as creating striking and imaginative content, the launch of Supercollider allows us to further push into branded content. Our Branded Content Division, headed by Dominic de Terville, has generated some fantastic development projects since its launch last summer. Working alongside Mike and Supercollider, we’ll be able to further accelerate and broaden our work with brands, bringing something truly different to the market.”

Supercollider becomes the sixth label in Zinc’s portfolio alongside: