Award-winning factual producer Brook Lapping, part of Zinc Media, has been commissioned  by the BBC to make Putin and the West, which tells the inside story of how Western leaders have struggled to deal with Russia as Putin tries to exert his power on the world stage.

Putin and the West (w/t) (3 x 60 min), for BBC Two, will be produced by award-winning documentary filmmaker Norma Percy, who is renowned for making documentaries telling the stories of 20th Century crises. The commission further exemplifies Brook Lapping’s reputation as the go-to producer of documentaries that delve into important contemporary events. A co-production with Les Films d’Ici and ARTE France, it follows the company’s recent commission Afghanistan: Getting Out for the BBC, which documented the 20-year challenge of how Western Allies tried to withdraw from Afghanistan, culminating in the disastrous events of August 2021.

Putin and the West will take us into the corridors of power to tell the inside story of a decade of political strife. Told in three hour-long episodes, and in trademark Norma Percy style, those who were in the room for the crucial moments will describe what happened, as each episode takes viewers inside national security meetings, summits, and top-level negotiations to understand what it is really like to deal with Vladimir Putin. Each episode will look at a different crisis - Ukraine 2014, Syria and the Middle East, and the current conflict with the West, up to the point of the invasion.

Norma Percy, Series Producer, Brook Lapping, says: “There is a huge global appetite for these types of documentaries, and our relationship with BBC Two in particular making landmark programmes like this, goes back decades. Once again, we will set out to show viewers what it’s like to be in the room when important decisions are made by top political aides, told in their own words.” 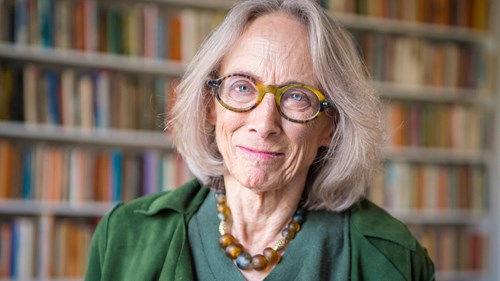 Tim Stirzaker, Series Director, Brook Lapping, says: “There’s never been a better time to tell this story. Hearing from those who have sat across the table from Putin and tried to deal with him makes you look at what’s happening today in a completely new light.”

Lucy Hetherington, Executive Producer, Brook Lapping, says: “Brook Lapping, along with Norma Percy, has a history of shining a light on contemporary historical events. Norma’s documentaries stand out for their seriousness, and also for the people who agree to be interviewed for them. This type of story-telling is what we do best, and with our unrivalled access to those on the inside, we tell the story of the breakdown in relations between Putin and the West, as he repeatedly wrong-foots his counterparts, then blindsides them with the biggest threat to world peace for generations.

Other programmes in Brook Lapping’s portfolio of documentaries examining modern history's most important stories include Emmy-nominated The Search for Gaddafi’s Billions, co-produced with ZDF and Arte in association with Gebrüder Beetz Filmproduktion; Cuba: Castro vs the World, co-produced with Temps Noir, ARTE France and the BBC; and Trump Takes On The World, co-produced with Les Films D’ici, ARTE France and the BBC. Brook Lapping is renowned for its ability to gain unprecedented access to leaders like Barack Obama, Bill Clinton, Tony Blair, Nicolas Sarkozy, Slobodan Milosevic, Mikhail Gorbachev and countless more.

Putin and The West is a co-production between Brook Lapping, Les Films d’Ici and ARTE France. It has been pre-sold to DR (Denmark), SVT (Sweden), NRK (Norway), VPRO (Netherlands) and BBC Select.

Putin and The West is a three-part series and was commissioned for BBC Two and BBC iPlayer by Joanna Carr, Head of BBC Current Affairs. The BBC Commissioning Editor is Gian Quaglieni. It is Executive Produced by Lucy Hetherington for Brook Lapping, Series Produced by Norma Percy and Series Directed by Tim Stirzaker. Charlotte Uzu and Serge Lalou and are Executive Producers for Les Films D’ici, and Alexandre Marionneau, Anne Grolleron and Fabrice Puchault for ARTE France. The series is being distributed internationally by BBC Studios.